Currently, the five most popular patterns of Depression glass are Cameo, Mayfair, American Sweetheart, Princess and Royal Lace. I will briefly cover characteristics of each pattern.

Cameo was produced by Hocking from 1930-1934. Most of the Cameo a collector will find will be green, though the pattern was made in yellow, pink and crystal with a platinum trim. Pink pieces are very rare due to limited production. Yellow was made only during the years of 1932 to 1934 and limited to a few shapes. Cameo crystal was limited to a cocktail set and luncheon set. 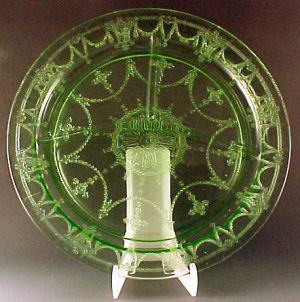 Mayfair was made by Hocking Glass Company from 1931-1937. It was the third mold etched pattern produced by the company. The other two were Cameo and Princess. Two colors are the most popular, pink and blue. Pink is the most commonly found but blue is the most sought after. They also produced a very limited run of yellow and green and a few pieces were made in crystal. 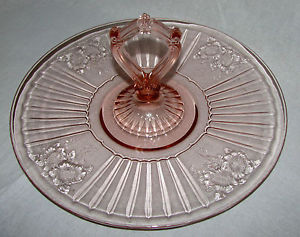 American Sweetheart was manufactured by Macbeth Evans from 1930-1936. Most Macbeth Evans glassware has a thin, delicate look. Pink was the most commonly produced color and is well known for its’ truly beautiful, soft pink tone. Macbeth Evans also made a white glass called Monax and used it as American Sweetheart. The glass was almost opalescent. Pieces will look blue in places with a shimmering effect on the outside edges. 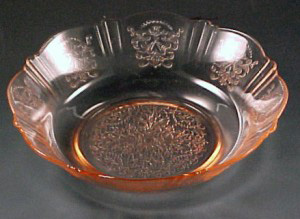 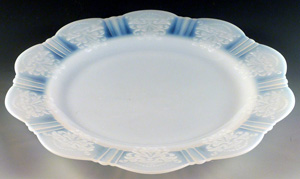 Princess was produced by Hocking from 1931 to 1934. It was one of their first mold etched designs. Princess was made in pink, green and topaz. Princess pieces are characterized by their scalloped edges and scroll and swag patterns. 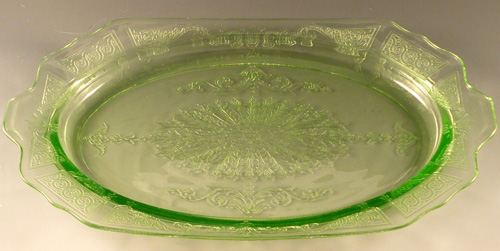 Royal Lace is perhaps the most sought after of Depression glass. It was produced by the Hazel-Atlas Glass Company of Wheeling West Virginia from 1934-1941. The first colors made were green, pink and then to a very limited amount, crystal. In 1936 Ritz Blue was introduced and sales for the other colors dramatically dropped. 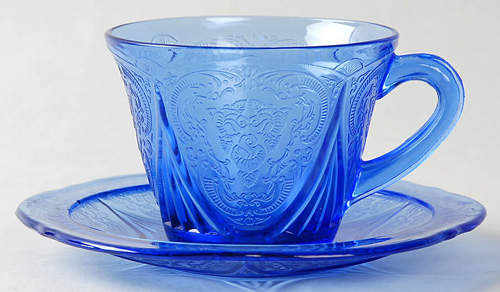 Do you have any questions or comments concerning Depression glass? Please leave your comment below.