Hummels; porcelain figurines produced by Franz Goebel, based upon artworks by Berta Hummel, have become famous collectors items over the years. Since the first Hummel figurine was produced in 1935, Hummels have grown in popularity making them one of the greatest collectible items of the twentieth century. Due to their popularity and constant increasing value, Hummels are often referred to in famous television shows and movies.  This article outlines a few instances where Hummel figurine references have made their way onto the big screen. 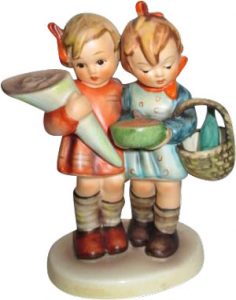 One of the earlier Seinfeld episodes which aired in October, 1993. This episode is about Jerry (the main character in the series), feeling responsible for a relative’s death due to a remark he makes early on in the episode.

“No, I’m alright. I was just a little bored, there. No, I’m fine. I came back. I wanted to hear a little about that Hummel collection, Aunt Rose. Let’s Pick it up right there.” 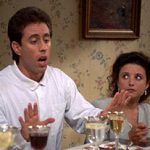 This episodes makes a joke of Hummels using Ned Flanders (one of the main characters) large collection of Hummel Figurines. This episode mainly involves Homer make fun of different aspects of Ned’s life and choices.

“It’s one of my humble figurines” – This quote from the episodes refers to Hummel Figurines although they have named them something slightly different for humor reasons. 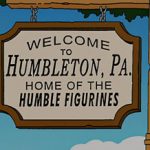 Within this 2001 episode of Charmed, one of the characters, Piper mentions that her great aunt Sylvia is a collector of Hummel Figurines. In this episode the Charmed girls investigate a creepy old house.

Piper- “Well, speaking for my great-aunt Sylvia, who collects Hummels, when they have a hard time dealing with real people figurines can be their best friends.” 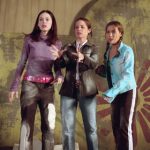 One of the main characters within the television show trades in his mother’s Hummel collection at a pawn shop. 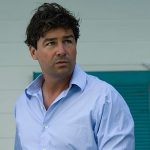 Sherlock Holmes makes a metaphor referencing to his interest in another character’s paying of debt to Hummel Figurines. This episode is mainly based around Holmes and Watson attempting to resolve a murder.

“You know that if he had taken me up on that offer, I was going to pay you back, right? You know I have about as much interest in money as I do in Hummel Figurines.” 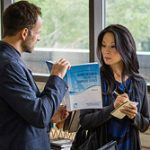 Within the episodes of Glee, one of the main characters – Kurt Hummel, was given this name as the actor who plays the part had rosy red cheeks similar to that of a Hummel figurine. Due to this the producer of the show believed this name was a perfect fit. 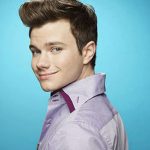 During a 2003 episode of Gilmore Girls a Hummel collection is broken. This happens when a fight between two characters from the show: Dean and Jess have a fight. This episode also includes Dean getting engaged and Fran dying resulting in the Inn being put up for sale.

“So here I am, heading in there to talk to John about Kyle and discuss what is to be done about the Hummel.” 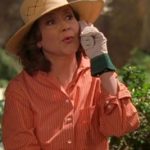 This episode that aired during 2000, has direct relations with Hummels when Satan is shown placing a Hummel Figurine in a display case. He then questions his boyfriend if he has ever seen his popular Hummel figurine- ‘The Boy With the Umbrella’. This episode is mainly based around religious ideas including the idea of Hell.

Within a 2017 episode of South Park Hummel figurines are again mentioned. This episode makes Stan out to be involved in cutting down popular entertainers.   This episode refers to Hummels throughout, mainly associating them with the older population.

Satan- “Did you, uh, see my ‘Boy With An Umbrella’ Hummel?”
Chris – “Uuh, no, but there’s still some boxes coming from the movers”

Stan- “It’s just some Hummels.
Vicky- “More Hummels? Why are senior citizens so infatuated with these little German statues? All right, go on, you got ten minutes.” 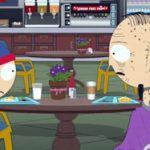 One of the super-cops within the show is found to be a collector of Hummel Figurines.

Jane- “Laroche. You have a fluffy white dog, an entire house… are those Hummel Figurines?” 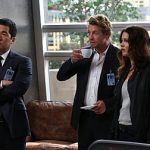 References of Hummels in Famous Movies

A 2004 comedy based upon real life celebrities and terrorists. This movie highlights terrorism along with the divide between world leaders.  Within the film, Kim Jong-il can be noted walking past his famous Hummel collection. 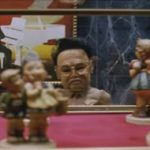 Within this 2002 movie, about a man who learns more about himself by taking a trip to his daughters wedding references to Hummel figurines are made. The main character within this movie buys Hummel figurines in memory of his wife who was a collector.

“I came across a fine collection of rare Hummels.” 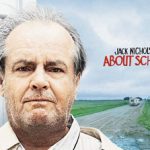 In this 2016 movie, one of the main characters, Christian, smashes his mother’s Hummel Figurine collection. This movie has references to one particular Hummel – ‘Gone A Wandering’. 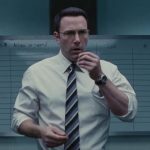 A US POW finds a piece of treasure in a pile of rubbish- A pristine Hummel Figurine. He is warned not to take anything by the Nazi’s but attempts to pocket the treasure he has found for his wife. Due to this he is immediately executed by a firing squad for disobeying orders. 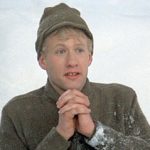