I remember the first time I listened to a record. I remember reaching into the plastic sleeve with shaking hands to retrieve the round black disk, carefully pulling it out so I didn’t scratch the surface. I remember placing it on the record player and putting the needle down. And I will always remember hearing the first crackly note floating through the air.

I know I am not alone in these memories. Ask any vinyl lover and I’m sure they will be able to tell you everything about their first vinyl experience. Listening to vinyls is about more than the music, it is about being able to surround yourself in the feel and the purity of the songs. It is no surprise that there has been such a growth in the number of people collecting vinyl records in the last few years. It doesn’t matter if you were born in an age of 8-tracks, cd’s or digital music, the experience is still the same. There’s something about hearing the scratch of the needle and the crackle of the melody starting to play out that becomes addictive. 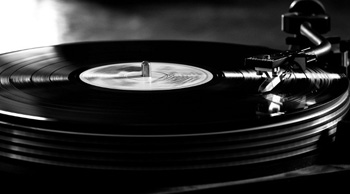 In 2014, for the first time since the late 90’s, vinyl sales have well exceeded the million dollar mark. There was a 49% increase in sales to the previous year. This increase in record sales demonstrates the huge surge in popularity for vinyls. Even though the music industry is becoming more digitalised people are still crave the sounds of the past.

Before vinyls were considered a collectible they were launched and marketed as Program Transcription discs in 1930 by RCA Victor. They were unsuccessful at the time for many reasons, one being the great depression and the lack of consumerism. They were originally pressed in shellac, a form of wax. However during World War II there was a short supply of shellac and so some records were pressed with vinyl instead. In 1939 the development of this technology was continued by Columbia Records. After extensive research, the label introduced the Long Play (LP) microgroove record in 1948.

During the early 1970’s the Dynaflex process was introduced. This technique included the use of lightweight and flexible vinyl pressings, which reduced the thickness and quality of vinyl in mass-market manufacturing. By using the Dynaflex process the industry was able to reduce the cost of production, however, the quality of vinyl used has a large impact on the sound quality and durability on the record. Most collectors believe this process to be inferior.

Most vinyl records are pressed on recycled vinyl. They are made from recycled plastics therefore impurities can occur, this is what gives vinyl records their clicks and pops. Although it is considered to be an impurity, many vinyl lovers and collectors believe that is what makes vinyl records so great – no one album is the same.

Although there is now a strong emphasis on digital media forms, vinyl records are still being produced.

There are many factors that determine the rating of a collectible LP. These include not only the condition of the record but also the condition of the ‘extras’. The ‘extras’ are the album jacket, the cover artwork, the inner sleeve and the included bonuses such as posters. To judge the value of the record and the value of the ‘extras’ there is a different rating system and terminology used for each.

The terms that describe the condition and value of the record are:

Mint – This is when the vinyl is virgin, meaning it has never been opened or played. Mint condition records are the most valuable.

Near Mint – These records have been opened but have either never been played or have been played very minimally. There are also no scratches or fingerprints on the vinyl.

Good – To be considered good quality a record would have been played frequently but treated with care. There may be fingerprints from handling but ideally no scratches.

Fair – This is where there is light or minor scratching and fingerprints but the scratches aren’t severe enough to cause the record to skip or have poor sound quality.

Poor – This state often means that the vinyl is heavily scratched, dirty and has been used frequently (mostly without care).

While the quality of the record is extremely important, it is not the only factor when determining value. Many collectors want the complete package whereas some are only after the covers or sleeves. Here is the same ratings system used for the record but relating to the ‘extras’ of an album.

Mint – These have never been opened with no bent corners, no fading and includes everything.

Near Mint – This includes albums that have been opened but have no bends, no fading and are the complete package.

Good – The jacket to these albums has been opened, plastic removed, with minor fading and slight bends on the corners. However these also include everything.

Fair – Fair condition records have bent corners and are faded and worn. They may not include everything or some elements (for example posters) may be more damaged then the rest of the package.

Poor – This condition covers record jackets that are extremely worn, very bent corners, writing on the jacket or sleeves and missing extras.

Trying to determine how valuable a record is can be difficult, if the vinyl is near mint condition but the jacket is poor that will have to be taken into account. If you are a collector trying to sell, certain items not being at the same standard as the rest of the package will have to be considered. If you are a buyer, place value on the elements that are the most important to you – if you are after a particular record in near mint condition but don’t mind if the jacket is damaged or if there is a poster missing it is still a valuable purchase for you.

In the age of technology it appears that music fans and collectors want a medium that gives them not just music but original artwork, high quality audio and a sensory experience. Vinyl is an art form in itself.

For those of you who have joined the vinyl , you may want to have these in your collection. The top 4 most collectible records are:

This single is the holy grail of collectible vinyl. Before signing with Virgin, The Sex Pistols pressed a small number of LPs on the A&M label, and is now regarded as being among the most valuable records ever pressed in the UK. It was listed in Record Collector magazine as the most collectible record of all time.

The Beatles could have a list all to themselves but a mint condition stereo copy of their debut LP with the rare Black and Gold label has steadily grown more valuable over the years. The RRPG price for this album is $5500 however it has been known to go for twice as much on eBay.

A producer to bands such as Iron Maiden, Black Sabbath and Massive Attack, Wil Malone released this solo album in 1970. Originally, the album didn’t take off and was not widely distributed. Malone says of the album “I think only me and my girlfriend bought copies”. This is part of what makes it such a unique collectible.

This debut album from the iconic British band is out of print in CD form, which has added to its value as a collector’s item. A Mint condition copy of this album is a great addition to your collection.