Things that Could Have an Impact on A Collectible’s Value

Over the years there are many things that can cause a collectible’s value to fluctuate.

Sometimes these factors can increase its value, other times decreasing it instead.

Some of the main factors that impact an items value could be: 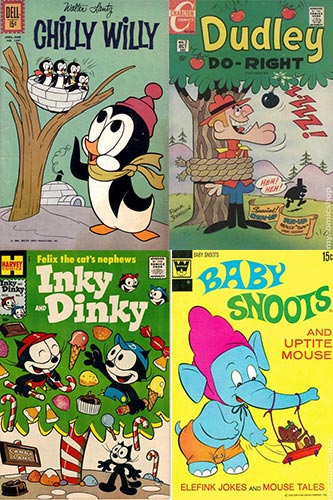 Types of Collectibles that Have Begun to Lose Value

Whether made from porcelain or ceramic. Figurines in past were hand crafted while nowadays they are mainly mass-produced in factories.

Most of the figurine producing companies went out of business in the 80’s-90’s or moved their production to countries like China.

Buying figurines today is more like buying ornamental decorations for your or home.

Some of the more prominent figurine brands are

Intended to be displayed in racks purely for viewing purposes. These plates commonly came as memorabilia for famous people, events, or even locations such as Niagara Falls.

Though mass-produced the collections were released slowly, usually annually as “Limited Editions” and for sale for only a limited time.

This approach helped to instill the illusion of scarcity. Thanks to the internet this illusion was clearly shattered once hundreds of a set piece of the collection could be found with the a simple click of a button.

Some of the more well know collectible plate were produced by

Originally intended to help stiffen the paper packets of cigarettes. Manufactures like Allen and Ginter started putting ads on the cards in 1886 in the U.S. followed by W.D. & H.O. Wills in Britain in 1888.

A few years later they changed it to lithograph pictures of topics of nature, war and sports.

By 1900 there were over 300 Tobacco companies producing promotional cards and children would wait outside of stores asking people for the cards.

In the late 1860’s baseball cards were being introduced and following Word War II tobacco cards had stopped production.

Since then Trading Cards have been used to promote comic book characters, to function as items in board games and even been turned into games them selves with the likes of Pokemon, Magic the Gathering and YuGiOh having set functions/uses printed on the card making the card itself the game function.

Though some cards retain their value with the hard core fan base, a lot of these cards lose their value once the hype surrounding their release has died down and most people lose interest in collecting them.

The various types of Trading cards can be summed up as

Some people get so attached to their favorite childhood memories that as adults, they would be willing to pay almost anything to get their hands on part of their childhood. This would include their favorite heroes, TV shows, Movies, or Comics.

This cant be said for all toys thought, as mass-production has lead to large volumes of set toys still being available years after production.

Some of the older toys have become rare due to limited production volume, environmental disasters, or the unexpected long term worth of the toys resulting in most of them being broken through wear and tear or thrown out when spring cleaning.

Modern toys would be less likely to gain in value simply due to the increased mass-production, and there being more collectors holding onto products and preserving them reducing the chances of rarity in the long term.

Not all art work gains in value.

Sometimes its due to lack of demand for an artists work or due to the work being reprints.

Art work can also extend to Posters and Drawings.

From Paper Back books to Comic Books, Magazines or even Play Bills and News Papers

Publications have been collected by many enthusiastic collectors. Unfortunately not many publications would retain value.

With reprints of old books or the introduction of eReads and tablets collecting Publications has become less desirable.

With the digital age taking over traditional media. Thousands of books can now be stored in your own personal library compared to thousands of books taking up whole rooms and requiring physical storage systems.

Original First Editions can still be highly sort after, but the generation looking for them is reducing in size. The latest generations while still being fans of Hemingway are more interested in reading his work in digital form and having a physical copy of his works would be more of a niche market.

When it comes to collectibles the best approach would be to collect things that interest you personally.

Treat it as a hobby and not an investment.