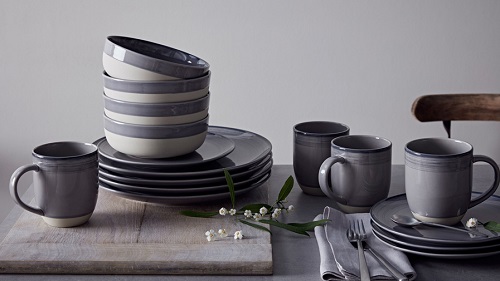 The Royal Doulton brand, is the most well known name of the original Doulton family business. When John Doulton first started the business back in 1815 they did not use the family name in the trademark. However it wasn’t until 1820 that the Doulton family name first started to appear on their products. The appearance of the company name  and how it is used on a piece, can be a helpful indicator to identify the decade the piece could be from. The names that you can look out for are:

For the complete guide on the history and humble beginnings of the Doulton family business, please read our article The History of Royal Doulton. Today the Royal Doulton brand is part of the Waterford Wedgwood Group, and is operating as part of Doulton mome.

The Doulton Home has three major brands under its control:

The Doulton based trademarks have gone through several iterations, just like the Goebel’s, M.I. Hummel trademarks. Whether this was due to the evolutionary status of the company, with name changes or expansions in the form of subsidiaries. Different Doulton trademarks can be found on their works, allowing us to further narrow down the time period a piece may be from.

The following letters and corresponding numbers, indicate the approximate time period a piece may have been made. This does not definitively prove when a piece was released or sold however. The trademark that’s present on a piece will always overrule the pattern or code numbers when dating said piece. This is due to some products having been fired in bulk and placed in storage prior to being decorated.

Royal Doulton’s range of products and patterns were so diverse, that there were at least seven alphabetical prefixes used to identify the series. A pattern is identified by a Series of alphabetical identifier, followed by 3-4 numbers. Some basic patterns such as the well known Tango pattern, can be found with multiple pattern numbers. The Tango pattern in fact has no less then six different pattern numbers, each one either having a slight variation, or was used on a different series.

The table below identifies which series used the following letters:

Use the following tables to work out the earliest dates that a pattern was used. Remember that the trademark still needs to be used to narrow the date of production down even further.

Aside from their special/limited releases and short lived product ranges. The Doulton family business was so well known for their quality of work, that external interests commissioned the company to make their products for them. Even today, many celebrated chef’s, designers and stylist, including the likes of:

They have all released exclusive ranges through Royal Doulton.